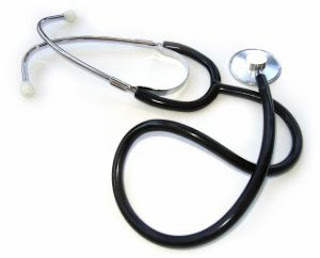 During our training period all kinds of leave were un-officially banned. The only leave available was medical leave. To get medical leave, one had to fall sick. Bed rest was to be recommended by Dr. Sikdar ,Supdt. Of Central Police Hospital. The lab tests were to be done at Luit Diagnostic Center. Then only the training authority grants leave to the trainees.
Dr Sikdar was a man of low morals. He could easilly be bribed. Our training authority did not like Dr Sikdar at all but looking at his designation, had to accept his recommendations of bed rests to trainees . On the other hand Luit Diagnostic Center was genuine. Its reports were perfect. One could never bribe its staff for a false report. So it was very difficult to get bed rest or leave on those days.
Priyabrata was very upset . He wanted a break from the training. He said "I will do anything to go home". He was sipping beer with me at Abhijit's bar and restaurant that evening. Tomorrow I will go to Dr Sikdar. He said in a challenging tone. Even going to see Dr Sikdar was getting tough as authority was not sending everyone to him as most returned with a bed rest. We soon left the bar and hurried to our training school as night counting was at 7.30 PM. He reached late as he dropped by the wine shop to get a half bottle.
The next morning Priyabrata complained of severe stomach ache. He did not attend the morning P.T and Parade programs. He was crying in his bed . He was sent to Central Police Hospital where Dr Sikdar was there. He was recommended some blood tests by the doctor. He returned with some medicines. He informed our training bosses that the blood reports will come tomorrow. So he is going to Police Hospital tomorrow to show the reports . Along with medicines he bought one half bottle of Old Monk which he consumed alone.
The next day he returned with 15 days home rest from Dr Sikdar. He was found to be suffering from jaundice. The blood reports were from Luit Diagnostic Center. His bilirubin count was more than 8 mg/dl.
How was it possible? We were left with a puzzle to solve. He was first to be diagonised with jaundice in our barrack. And we knew that he was lying and his reports were also false.
We got the answers when he returned.
When he went to Police Hospital, he met one indoor patient who was sufferring from heavy jaundice. He persuaded the jaundice patient to go to Luit Diagnostic center and give a blood test in his place. He paid the patient 1000 bucks for the test. The patient registered his name as Priyabrata Nath. So the reports were in Priyabrata's name. In this way he succeeded in getting the home rest for 15 days.         :-)
Posted by Bedaanga Sarma at 00:01

And the next one with the same report from the same sample reported to R.O konwar next day was me:-)

That is very Witty...
And Abhijit Bar and Restaurant when I was in Ghy was a place to be...

Thank you Harsha for the comment. Yes , you are right ..

Thank you Gayan for the comment. Yes, you too were very naughty.....

Very common during training days, something to boast about by those who do it. :)