The Titanic crash changed the course of Rahul's life forever. That day Rahul was very restless. He was behaving like a naughty kid. He spilled tea all over my pants when he tried to show magic with the cups in the canteen.He was playing in the class room. He was very loud that day. He was laughing, poking and creating nuisance in the class as the teacher detailed for the period had to go somewhere on official duty. The class captain finally requested Rahul to go to barrack and have his lunch as lunch break was due after 20 mins. As Rahul left , calmness prevailed in the class room.
We left for our barrack after 20 mins for the lunch. Lunch break was  of 1 hr duration. After lunch break I tried to take a nap. Just then DSP Training banged into our room . He wanted to have our counting to see if everyone was inside the barrack. He was informed by one police station that someone from our training school had met with an accident. When we heard that we got scared to death. I did not remember seeing Rahul in the barrack during lunch. The training DSP  was somehow persuaded by our captain to believe that everyone was present within the training school campus. The DSP Training left in a hurry as he had to check another 14 nos. of barracks. We immediately ran to see the Titanic if it was there or not. Titanic was the name of Rahul's scooter. It was a LML Vespa 150 NV.It was his fathers scooter. He used to hide it behind our barrack.
Rahul and Lalit were missing from the barrack at that moment. As informed by our cook both went to watch a movie at Apsara cinema hall. We prayed to God for their safety. As time passed by we were quite convinced that they had actually met with an accident. We heard that Rahul was being shifted from Guwahati Medical College to GNRC hospital. We heard he had received severe head injuries as he was not wearing a helmet. We had no news about Lalit. At night counting S.P Training appeared . He was very angry with us. He warned us not to leave the training campus without his permission.
The next day some of us were permitted to visit GNRC hospital. Rahul was in the ICU . Doctor said he had a 50% chance of surviving. Lalit was to be released that day. We were allowed to see Rahul one by one. Tears rolled out from my eyes . He was in a semi conscious state. His face was injured beyond recognition. Both his hands were fractured.
He stayed in the ICU for a month.It took 6 months for his recovery. He was dismissed from service. 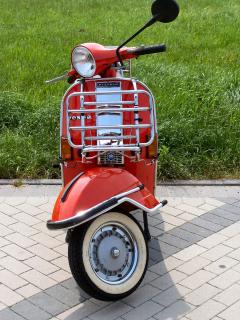 After all the humorous stories which you have written it is the one which is slightly different and tragic. Though i had heard about the accident of Mr.Lalit but did not know how it actually happened and with whom he was..hope Rahul is in sound health now.

Thank you Shymal for the comment.Both Lalit and Rahul are fine now.Rahul got his job back after complete recovery.

Oh! That was tragic, but glad to know from the comment above that he got back his job.

Yes, the best part is that he got his job back.Thanks for the comment.

Very nice. The hidden story behind the incident is clear now.