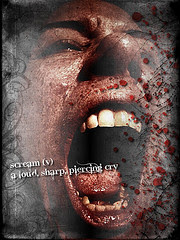 I am going to share an incident that no one other than the inmates of barrack 13 have encountered in their lives. As I have said earlier we were a group of about 50 cadets scattered in three big hall sized rooms.We were given one cook named Mohan. Mohan was entrusted to cook for all the cadets. He was helped by one lad whom we called puwali. Mohan was one of the dirtiest cook I ever met in my life. He always bathed in perspiration. A strong odour lingers with him any time. We actually didn't have any time to think about him or his cooking as all our energies were spent in the training that we were undergoing. We ate what ever he cooked. At breakfast we were served one big chappati with fried potatoes, one egg and tea. At lunch we had rice, dal, sabji and one non-veg item. During dinner we used to have chicken or mutton alternately. There were some cadets who were never satisfied with the quantity of chicken or mutton served to them. This is the area where Mohan faced difficulty. He was the one who distributed mutton to the cadets. He faced great problem in maintaining equality in distribution. On one stormy night, during dinner time one cadet Jitu offered to help Mohan in distributing mutton. Each cadet was to be served 6 pieces of mutton along with gravy. Jitu sat near the wok containing mutton with a spatula in hand. Mohan was serving other items. I got my share and sat beside Ravi who was about to finish. The queue for mutton was getting longer and longer. Everyone was losing patience. Just then Bora's turn came. Bora was never saisfied with the quantity being served. He always had 3 or 4 pieces more than others. Every one knew that. He soon started to argue with Jitu for more pieces. Behind him was standing Mukunda. Mukunda and Bora were same. They were both mutton lovers and they could do any thing for that extra piece. Now Mukunda also joined the argument. The verbal fight was heating up. Bora was now pointing finger to Mukunda and saying loudly how and when Mukunda had extra pieces. Now as bora was throwing allegations and turned his back , Mukunda pounched at his back. Mukunda was holding a part of his latissimus dorsi muscle with his teeth. Bora was struggling to release his lats from the clutches of his teeth. But Mukunda was not ready to accept defeat. He pressed harder with his teeth . Seeing no other option Bora hurled his steel dish at Mukunda' nose. On receiving the blow Mukunda released his bite. Bora was bleeding from the bite wound. Mukunda's nose was ripped open. Both were bleeding from their wounds. It happened so fast that no one got the chance to stop the fight. The next day both went to the doctor. Acid was applied to the bite wound and 5 doses of Rabipur injections were precribed to Bora. Mukunda had his nose bandaged.Bora showed us his wound. Around 20 teeth were inscribed on his back that too for 2 or 3 pieces of mutton. Inspite of such a serious incident both were seen together having lunch after two days. Mukunda paid for the Rabipur vaccines. So... All's well that ends well. If you enjoyed reading this post.... please consider leaving a comment.. Thanks
Posted by Bedaanga Sarma at 01:00

do u know....Mohan had not the habbit of washing hands well using soaps
..coming from toilet.....I also was affected by his dirtyness.....suffered stomach disease...had to go on home rest...

Sasanka I do remember the dirty habits of mohan
:-)
Thanks for the comment